Alix Beeston is a Postdoctoral Research Fellow at the United States Studies Centre at the University of Sydney, where she also teaches modern and contemporary literature in the Department of English. 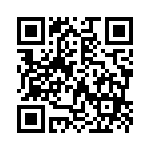