Political theorist Bernard Crick was born in London in 1929. He earned a degree in economics in 1950 and a doctorate in political economy in 1956 from University College in London. He taught at numerous universities including Harvard University, McGill Univeristy, the University of California at Berkeley, the London School of Economics, the University of Sheffield, and Birkbeck College. He wrote numerous books during his lifetime including The American Science of Politics (1958), In Defence of Politics (1962), The Reform of Parliament (1964), and George Orwell: A Life (1980). He also edited the journal Political Quarterly for almost 40 years. He died from cancer on December 19, 2008 at the age of 79. 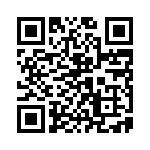