A fascinating outsider's look at the British underclass and the Welfare State in the 1960s, no less relevant today than it would have been when published. Of particular interest will be the state's ... Read full review

Buchi Emecheta was born in Lagos, Nigeria on July 21, 1944. She emigrated to London, England in 1960. She received a sociology degree at the University of London. She worked as a social worker for a number of years and contributed a column to the New Statesman about black British life. She wrote 20 novels during her lifetime including The Joys of Motherhood, The Rape of Shavi, Second Class Citizen, Into the Ditch, The Bride Price, and The New Tribe. Her first play, A Kind of Marriage, was screened on BBC TV in 1976 and was adapted into a novel in 1986. Her autobiography was entitled Head Above Water. In 2005, she was made an OBE for services to literature. She died on January 25, 2017 at the age of 72. 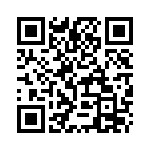