Thalia Anthony is a Senior Lecturer in Law at the University of Technology, Sydney, Australia. Her research specialises in criminal justice, Indigenous legal issues and the laws of colonisation. She has published widely on legal remedies for Indigenous people in Australia and internationally, as well as extra-legal alternative avenues for justice. Thalia’s methodology combines analysis of the legal archive with fieldwork in Northern Territory Indigenous communities. 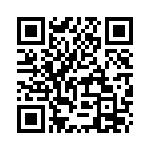