Jonas Pontusson is Professor of Politics at Princeton University. He is the author of The Limits of Social Democracy, also from Cornell, and coeditor of Unions, Employers, and Central Banks. 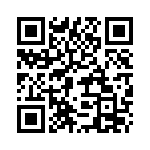