Patrick Dunleavy is Professor of Political Science and Public Policy at the London School of Economics and Political Science. He has authored and edited numerous books on political science theory, British politics and urban politics, as well as more than 50 articles in professional journals. His
publications include: the series Developments in British Politics (co-authored, Eighth edition, forthcoming 2006); Democracy, Bureaucracy and Public Choice (Harvester-Wheatsheaf, 1992); Theories of the State: The Politics of Liberal Democracy (Palgrave, 1987). He also edited the journals Political
Studies and Political Studies Review for the UK Political Studies Association for six years (1999-2005), with Jane Tinkler and others.
Helen Margetts is a Professor at the Oxford Internet Institute, University of Oxford, before which she was Director of the School of Public Policy at UCL. Previously she worked as a lecturer at Birkbeck College (1994-99), a researcher at the LSE (1990-94), and as a systems analyst and computer
programmer in the private sector (1984-89). She is a political scientist specialising in the implications for government of use of the Internet and related information technologies. She has published widely in this area including (with Patrick Dunleavy) two studies of Government on the Web for the
UK National Audit Office (1999 and 2002), the book Information Technology in Government (Routledge, 1999) and a forthcoming book with Christopher Hood Tools of Government in the Digital Age (Palgrave, 2006) 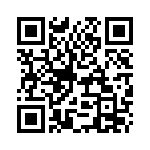