Weather has always been one of the most consequential and most unpredictable aspects of our World. The importance of weather on all facets of human life cannot be underestimated. Storms and hurricanes can have a huge impact, and even less dramatic weather patterns (such as droughts) are of enormous significance. It is no surprise that people have been trying to predict weather for as long as there are any records of civilization, and perhaps for much longer. However, aside from some folk wisdom and very rough rules of thumb, until very recently predicting weather has been little more than guesswork. Things started changing towards the end of the nineteenth century, when a combination of better understanding of the laws of thermodynamics, fluid mechanics, and overall weather patters convinced many scientists that weather forecasting is, in principle, within the reach of the scientific method. Implementing that vision has been far from easy though, and that program has had many obstacles that it needed to overcome.
“Invisible in the Storm” is the story of the development of modern scientific meteorology. In particular, it tells the story about the importance of mathematics and its use in solving the problem of weather. It turns out that the equations that we use to model the weather are very complicated and complex, and at best we can hope to have very approximate solutions. Early advances in the mathematical weather modeling had to rely more on some shorthand and general principles that could be judiciously applied to some already observed situations. The full exact solution of the weather equations will probably elude us forever, and even approximate solutions are almost impossible to construct. This is partly due to the phenomenon of “chaos” that has in fact first been widely studied and appreciated exactly in the context of the weather.
The alternative to the exact solutions was to use the numerical methods in which smooth functions are replaced by their “pixelated” equivalents. Numerical methods reduce the extremely complicated differential equations with somewhat less complicated and manageable sets of algebraic equations. However, even the simplest numerical methods involve thousands of variables and equations, and early attempts to solve those were nothing short of heroic. Furthermore, the solutions of those early numerical attempts were disastrous in terms of their accuracy. Numerical methods only gained traction with the advent of computers, and only within the last couple of decades were we able to make reasonably accurate predictions that go beyond a single day.
This is a thoroughly well written and researched book. If you were unfamiliar with the content of mathematical research in meteorology it would be an incredibly valuable resource and an introduction to this subject. The authors clearly understand their subject, both in terms of its content as well as the rich and interesting history. All of the more mathematically advanced topics are covered in separate boxes throughout the main text, and if higher math is not something that you are familiar with you can safely skip those. Nonetheless, you should be fairly well educated and versed in the scientific method in order to fully appreciate this book. 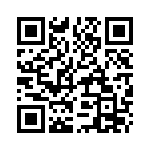