Ron Geaves is Visiting Professor in the Centre for the Study of Islam in the UK based in the School of History, Archaeology and Religion, Cardiff University, UK. 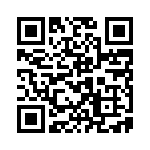