Wong gives information on many plants that can be easily grown in the UK. My season is usually similar enough to the South of the UK that most of these would work for me. Many are actually perrenials ... Read full review

Fantastic book, I couldn't put it down, bought lots of seeds from Sutton's, can't wait to start growing and watching my treasure trove food grow. Happy growing with love from Sandra

After winning a scholarship to the university of Bath James went on to train at the Royal Botanical Gardens, Kew, and the University of Kent, gaining a Master of Science degree with distinction in Ethnobotany. At the age of 27, Wong became the presenter of his own award-winning BBC Two television series Grow Your Own Drugs. The series demonstrates a number of natural remedies sourced from plants and became the highest-rated gardening series on UK television. James is also a regular face on the hit BBC One rural affairs series Countryfile since its reformatting in April 2009. In 2008, he was one of the regular presenters on the show Fossil Detectives, which was broadcast initially on BBC Four and then repeated on BBC Two. He has also appeared on BBC's Gardeners' World, Channel 4's Richard & Judy, The Alan Titchmarsh Show on ITV, and on BBC Breakfast. As a garden designer, he has become a four-time Royal Horticultural Society RHS medal winner for gardens at the Chelsea Flower Show and Hampton Court Palace Flower Show. Wong has designed an Ethnobotanical Garden for the University of Kent, where he is a guest lecturer. 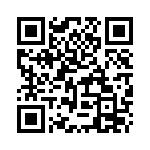