Question: What happens when an accomplished film maker delves into the realm of historical Jesus scholarship? Answer: Fresh insight. Paul Verhoeven is the only non-theologian admitted to the Jesus ... Read full review

Not a bad book, just not very interesting or unique. For the most part, Verhoeven borrows the scholarship of others, namely those scholars contributing to the 'Jesus Seminar', in an attempt to place ... Read full review

After moving from his native Holland to Los Angeles in 1985, PAUL VERHOEVEN became the only non-theologian admitted into the Jesus Seminar, a group of seventy-seven eminent scholars in theology, philosophy, linguistics, and biblical history. Their discussions are devoted to determining what Jesus had actually said and done. Jesus of Nazareth was developed in extensive consultation with Rob van Scheers, Verhoeven's biographer. Verhoeven is the director of successful films such as Turkish Delight (1973), Soldier of Orange (1977), The Fourth Man (1983), RoboCop (1987), Basic Instinct (1992), Starship Troopers (1997) and Black Book (2006). 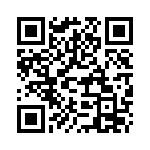