Truly enjoyable. Pope Benedict XVI is refreshingly conservative. The foundations of most of his argumentation in this book is an attempt to understand the cultural milieu of Jesus Christ by an honest ... Read full review

The Pope has written a beautiful book, rich and researched, an invitation to know our Beautiful Savior. Read full review

On April 19, 2005, Cardinal Joseph Ratzinger was elected Pope Benedict XVI and became the 264th successor to Peter as the 'Vicar of Jesus Christ'. He may well be the most accomplished theologian to be elected Pope in modern times. From 1981 he spent over twenty years as the Prefect of the Congregation for the Doctrine of the Faith, a role often depicted as the 'defender of the faith'. Cardinal Ratzinger was also President of the Pontifical Biblical Commission and of the Preparatory Commission that codified the new Catechism of the Catholic Church, published in 1994. 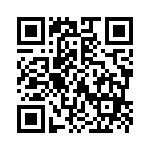