Brian Barry is Professor of Political Science at the London School of Economics. Hi is a Fellow of the British Academy and of the American Academy of Arts and Sciences and was the founding editor of the highly respected British Journal of Political Science and editor of the world's leading moral philosophy journal Ethics. His previous books include: Theories of Justice; Democracy and Power: Essays in Political Theory 1 (OUP, 1991) and Liberty and Justice: Essays inPolitical Theory 2 (OUP, 1991) 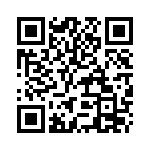