Ernst Cassirer, a German neo-Kantian philosopher, taught at several European universities before moving to the United States and teaching at Yale (1941-1944) and Columbia universities. A prolific historian of philosophy, Cassirer was influenced by Immanuel Kant and Georg Hegel but originated his own distinctive doctrine. The centerpiece of Cassirer's thought is his theory of symbolic forms. He construed representation, the ground of symbolic form, to be essentially symbolic, fusing perceptual materials with conceptual meanings. The human species, he taught, is essentially a symbolizing animal. He maintained that symbolic forms are manifest in different modes-languages, myth, art, science, and religion. Cassirer utilized his theory of symbolic forms in the elaboration of a flexible philosophy of culture. 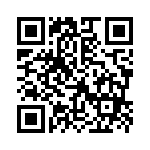