This little booklet - perhaps monograph is the best word - is packed with interesting info and thought provoking ideas. First off, Skidelsky is clearly a fan: Keynes appears to have been not only a ... Read full review

Robert Skidelsky is the Emeritus Professor of Political Economy at the University of Warwick. His three volume biography of the economist John Maynard Keynes (1983, 1992, 2000) received numerous prizes, including the Lionel Gelber Prize for International Relations and the Council on Foreign Relations Arthur Ross Book Award. He is the author of The World After Communism (1995). He was made a life peer in 1991, and was elected Fellow of the British Academy in 1994. 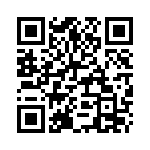