Very good biography of very interesting and complicated character. The author tries to be objective and does convince me in his objectivity. He explains how we came to believe that Duke of Windsor was ... Read full review

Was King Edward VIII simply a Prince Charming who yielded his throne for "the woman I love" or was he, as recent biographers have claimed, a political naif bewitched by a sexual adventuress?Given ... Read full review

Philip Ziegler was born in 1929 and educated at Eton and New College, Oxford, where he gained first-class honours in jurisprudence. He then joined the diplomatic service and served in Vientiane, Paris, Pretoria, and Bogotá before resigning to join the publishers William Collins, where he was editorial director for more than 15 years. His books have included biographies of William IV, Melbourne, Lady Diana Cooper, Mountbatten, and Edward VIII. He lives in London. 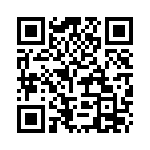