Dharam Singh Khalsa (Author)
Guru Dharam Singh Khalsa was born in London of Yorkshire and Russian parentage. He encountered Kundalini Yoga one day in 1981 and began a daily practice the next. He met the Siri Singh Sahib Yogi Bhajan in 1982 and started teaching Kundalini Yoga. Over the years he developed a practice in Kundalini therapeutics and was inspired to learn Oriental energetic medicine. Formal study resulted in qualifications as an acupuncturist in 1989 and as a herbalist in 1991, completing his post-graduate clinical study in Ho Chi Min City. He founded the Lotus Healing Centre in 1989 and served as the Vice Principal of the London Academy of Oriental Medicine until 1996. A fascination with the phenomenon and presence of the gong, mantra and healing circles of his Kundalini practice led to his pioneering work in the development of Sahaj Sound, a sonic therapeutic healing modality for the 21st century. He is currently developing the clinical usage of Electronic Gem Lamp Therapy, a modern application of the ancient science of healing with gemstones. Study of the Kabbalah and the meso-American indigenous practice of Awakened Dreaming provide continued energetic and professional development alongside his first love, Kundalini Yoga. Guru Dharam was the first chairperson of the Kundalini Yoga Teachers Association in the UK and is registered as a Teacher Trainer with the International Kundalini Yoga Teachers Association. He facilitates contemporary applications of
ancient healing techniques and teaches Kundalini Yoga around the world. Along with Darryl O'Keeffe, Guru Dharam established SKY, the School of Kundalini Yoga, in 1996.

Darryl O'Keeffe (Author)
Darryl O'Keeffe qualified as a teacher while attending the Central School of Speech and Drama in London and he has taught continually in some capacity since 1978. Early employment took him from fringe theatre via community theatre to director of a youth and community centre in Hackney, London.

In the early 1980s he began to 'catch' other people's headaches and discovered that he could physically remove pain from other people. His spiritual reawakening began consciously when he took a migraine away from a girlfriend in the street. The energetic discharge knocked him over and rendered him unconscious for a moment and, as he lay there contemplating the stars, he mused that what had just happened was impossible by any science that he had ever been taught and, at that moment, resolved to find out what was really going on in the world.

His enquiries led him to the NFSH (now the Healing Trust) and, by the late 1980s, he had become a practising spiritual healer and was helping others to realise their own latent abilities. After attending a Kundalini healing course with Lilla Bek he began intuitively to adopt yoga postures during meditation practice. He began to practise yoga, joining local classes in Hatha, Iyengar, and Kundalini. Although he maintained his Hatha yoga practice for several years it was the "spiritual technology" of the Kundalini Yoga classes taught by Guru Dharam Singh Khalsa that really resonated with him.

Darryl is a much-travelled and practically minded spiritual teacher and healer. He has taught holistic healing in a variety of organisations and settings around the world and conducted Sacred Tours to a variety of countries with Judy Fraser. He is a Mentoring Lead Trainer with the KRI Aquarian Trainer Academy; a founder member of the IKYTA Global Teachers Council; and a Director of i-SKY Training Ltd. www.i-sky.net "helping each to BE the best s/he can be."

Darryl continues to teach regularly and maintains a consultative yoga and healing practice in the UK where he lives with his Russian wife Elena and their two boys Yuri and Nikolai. 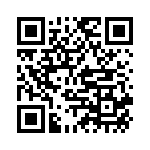