Tukumbi Lumumba-Kasongo is Professor of Political Science at Wells College, a Visiting Scholar in the Department of City and Regional Planning at Cornell University, and an External Examiner at the University of Ghana. 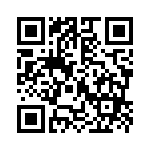