Harold D. Lasswell was the wunderkind of American political science. Beginning in his twenties, he attempted through his writings to develop a theory about the individual and society that draws on and illuminates all of the social sciences. When he enrolled in the University of Chicago at age 16, he had already read widely such writers as Kant and Freud. His doctoral dissertation was published in 1927 as Propaganda Technique in the World War, a major work in the development of communications research. He created a phrase that set the agenda for communications research for a generation: "Who says what to whom with what effect?" After World War II, he moved to Yale Law School, where he introduced a generation of law students to the social sciences. He believed that the creation of what he called "the policy sciences" was his greatest achievement; the book by that title that he edited with Daniel Lerner in 1951 is still widely read today. 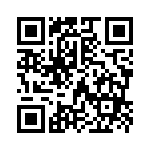