A leading international lawyer and academic shows how the USA has " ... reneged on agreements governing war, torture and the environment - with Britain turning a blind eye ... " Convincing. Has produced a case for globally binding rules. Read full review

Philippe Sands QC has been Professor of Law at University College London since 2002, and has also taught at Boston College School of Law, Cambridge University and New York University Law School. He is the author and editor of several books on international law and participated in the negotiation of the 1992 Climate Change Convention and the 1998 Rome Statute of the International Criminal Court. He is also a practising barrister at Matrix Chambers and has been involved in leading cases before English and international courts, including those concerning Senator Augusto Pinochet and the Guantanamo and Belmarsh detainees. He lives in London with his wife and three children 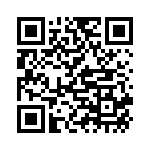