The Editors: Zvi Bekerman teaches anthropology of education at the School of Education and at The Melton Center, Hebrew University of Jerusalem. He has written widely in the area of peace education and integrated bilingual Palestinian-Jewish education in Israel. His main research interests and publications are in the study of identity processes and negotiation during intercultural encounters and in informal learning contexts. He has recently become involved in the study of identity construction and development in educational computer-mediated environments.
Nicholas C. Burbules is Grayce Wicall Gauthier Professor in the Department of Educational Policy Studies at the University of Illinois, Urbana/Champaign. He has written widely in the areas of philosophy of education, technology and education, and critical social and political theory. The current editor of Educational Theory, he has also published Globalization and Education: Critical Perspectives (with Carlos Torres).
Diana Silberman-Keller is the Dean of the School of Multidisciplinary Studies, Beit Berl College, Israel, where she was previously Head of the Non-Formal Education Department. She has written widely in the areas of ideologies in education, literary theory and semiotics in education, non-formal education, and learning. 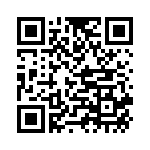