Jurgen Habermas is a German sociologist who studied at the universities of Gottingen, Zurich, and Bonn. He taught at Frankfurt am Main, Marburg, and Heidelberg before becoming professor of philosophy at the University of Frankfurt. His works, widely translated, have made him one of the most influential social theorists of our time. Habermas is considered by some to be an intellectual heir to Max Weber and what has been called the Frankfurt School. His work has centered mainly on the role of communication and technology in changing patterns of social relations, human activity, and values. An outspoken advocate of the Enlightenment and a champion of reason, he has also cautioned that the technical rationality associated with modern capitalism often functions as ideology and may stand in the way of human progress. 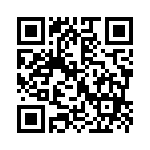