This book is a gem, and an important addition to any critical thinker's library. Even after almost 170 years, it's a book understandable to anyone and everyone.
MS

Fascinating reading. Despite the 1850 publication date, it is insightful to this day. My field is psychology, but what he says about medicine applies to psychology and medicine. Couple of thoughts.
1. Wrote that doctors (1850) narrow their focus on one organ to the detriment of overlooking other organs. I've experienced (through counseling) that a specialist, e.g., a thyroid doctor, may overlook other causal possibilities. Thus, a doctor tested a depressed woman for thyroid. Her thyroid was fine, so he said her problem was mental. He recommended a psychologist since it was “all in her head.”. Actually, the woman had a B-12 problem that had apparently caused her problem. Hooker would warn me not to jump to such a conclusion. Why?
2. He argues that too many intelligent doctors and others assume the "cure" by the antecedent. If people get better after drinking "tar water" (many pages on this), the tar water must have been the cure. He argues the body often cures itself. He gave many other examples. So, my B-12 conclusion may be a similar problem. Fortunately, we have many facts about B-12 therapy today. This leads to . . .
3. He encourages doctors to push for the facts--observation of what happened, what is, and the like. He says there is too much theorizing. People love theories and theories do bring acclaim. A similar argument could be made in psychology today. Reading the early theories of psychology makes one laugh. "How could they believe that?" Unfortunately, theories are worshiped in psychology to the point researchers are continually trying to bolster some theory. I won't be here in 40 years, but it would be interesting to read what the psychologists of the future would think about our theories in the past 20-30 years, which leads to another interesting point he made.
4. What is "new" is better. He points out this has not only led to quackery over the years but has led to medical fads. Psychology is rife with this. Much of what was popular 30 years ago is nowhere to be found in the modern literature. And "new" gets more press than old. Some good ideas pass away to be replaced by the new. Hooker wrote before Pasteur did his work and new is not always accepted as reading the histories and trials of (a) Semmelweis' belief that medical doctors should cleanse their hands, (b) Pasteur's struggles promulgating germ theory, (c) Banting and insulin, and (d) James Lind and scurvy. New isn't always accepted, but I bet that Hooker would say the facts were on the sides of these researchers, but the old ideas were based on theories.
This is a wonder read and still relevant after 160 years.
David H. Skaer, Ph.D. (Psychology) 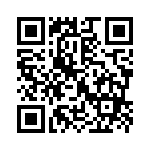