Earth Life
In plain English, not in academEnglish verbiage.- Earth life is just another naturally selected mass format.
- The primal base organisms of Earth life are the genes, i.e. the RNA nucleotides.
- All Earth life formats are progenies of genes evolution.
- Genomes are organisms evolved, and continuously modified, by the genes as their functional templates.
- Genetics is a progeny of culture, which is reaction to circumstances.
- The drive and goal of evolution of ALL mass formats is to enhance their energy constraint, to postpone their reconversion to energy, which goes on at constant rate since the Big Bang.
Dov Henis (comments from 22nd century)
http://universe-life.com/
http://universe-life.com/2011/09/30/earthlife-genesis-from-aromaticityh-bonding/

A quirky little book by one of Science's giants. It is very likely wrong, yet entertaining. Read full review

Born in Northampton, England, Francis Crick received a B.S. from University College in London and a Ph.D. from Cambridge University in 1955. Crick began his career as a physicist, but in 1949 he began research in molecular biology at Cambridge. In 1951 he and the American biologist James Watson began working intensively to learn the structure of the DNA molecule. Using research findings that the British scientists Maurice Wilkins and Rosalind Franklin had reached on the structure of nucleic acids, including DNA, they succeeded in building a model of the molecule in 1953. The Watson-Crick model for DNA was hailed by biologists worldwide. Crick, Watson, and Wilkins were awarded the 1962 Nobel Prize in physiology and medicine in recognition of their great achievement. The same year, Crick became director of Cambridge's Molecular Biology Laboratory, where he went on to do further work on the genetic code. In 1977 he became a research professor at the Salk Institute in San Diego. 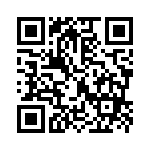