gives us a good thought to not to loose faith in god,self-confidence and trust.

Yann Martel was born in Spain in 1963 of Canadian parents. Life of Pi won the 2002 Man Booker Prize and has been translated into more than forty languages. A #1 New York Times bestseller, it spent 104 weeks on the list and was adapted to the screen by Ang Lee. He is also the author of the novels Beatrice and Virgil and Self, the collection of stories The Facts Behind the Helsinki Roccamatios, and a collection of letters to the prime minister of Canada, 101 Letters to a Prime Minister. He lives in Saskatchewan, Canada. 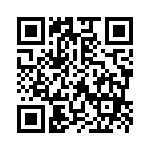