Peter D. Little is senior research associate at the Institute for Development Anthropology and associate research professor at the State University of New York Binghamton. Among his books is The Elusive Granary: Herder, Farmer, and State in Northern Kenya. Michael Watts is professor of geography and development studies at the University of California, Berkeley. He is the author of Reworking Modernity: Capitalisms and Symbolic Discontent and Silent Violence: Food, Famine, and Peasantry in Northern Nigeria. 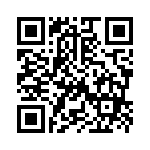