Erika Lorraine Milam is an assistant professor in the Department of History at the University of Maryland. 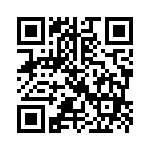