black metal at its best

This gives you the gory details along with the shocking intelligence of the worlds most feared people in the black metal scene. Everything from murdering thier own band members, church burnings, and ... Read full review

Lords of Chaos is an intriguing read. They authors do an even and thorough job of chronicling the history and psychology behind the Black Metal scene. The book slows considerably in the second half ... Read full review 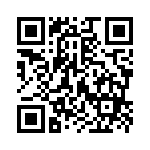