Professor Idith Zertal, PhD, is a leading Israeli historian. Among her major publications are From Catastrophe to Power: Holocaust Survivors and the Emergence of Israel and Israel's Holocaust and the Politics of Nationhood. She currently teaches at the Institute of Jewish Studies at the University of Basel and lives in Israel and Switzerland. In 2009 she will be a fellow of the Remarque Institute at New York University.

Akiva Eldar is currently chief political columnist and editorial writer for the Israeli daily Ha'aretz. In May 2006 the Financial Times selected him as among the most prominent and influential commentators in the world. He lives in Israel. 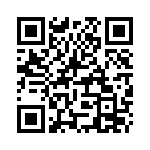