“Altogether, a pleasant place, marred by activities of unpleasant people whose qualities, perhaps, are sad reflections of sadder environments.” Love on the Dole centres on the Hardcastle family and ... Read full review

This is really a book about poverty - and feels as relevant now as in the 1930s, when it was written, and when it caused a huge stir (less likely nowadays). Set in Salford, it focuses on a community ... Read full review

Walter Greenwood was born in 1903 at Salford in Lancashire. He was educated first at Langworthy Road Council School, Salford, and then by himself. He began part-time work as a milkroundsman's boy when he was twelve, then worked, again part-time, with a pawnbroker, before leaving school at the age of thirteen. He later worked as an office boy, a stable boy, a clerk, a packing case maker, a sign-writer, a car-driver, a warehouseman, and a salesman, never earning more than thirty-five shillings a week except while working for a few months in an automobile factory. He was on the 'dole' at least three times. Love on the Dole, his first novel, was accepted for publication in 1932, and when it appeared in 1933 it was at once recognized as a classic. He published ten more novels, a volume of short stories and his autobiography, There Was a Time. He also wrote plays, several of which have been filmed. Walter Greenwood died in 1974. 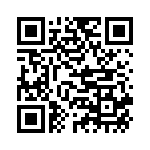