Moshe Halbertal is the Gruss professor of Law at New York University, professor of Jewish thought and philosophy at the Hebrew University, and professor of law at IDC Herzliya in Israel. His books include On Sacrifice and Concealment and Revelation: Esotericism in Jewish Thought and Its Philosophical Implications (both Princeton). 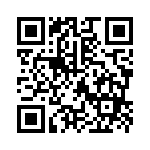