Bryan Mason is one of the most respected leaders of the local church sports ministry community. Bryan's unique, inspirational and engaging workshops always leave a smile on the face and an encouragement in the heart of all who attend his sessions. After 30 years as a physical education teacher, Bryan took early retirement from his deputy principal role and was appointed national coordinator of Church Sports Ministry with Christians in Sport, UK. He then became European director for CSRM before pioneering the church resource, Higher Sports (rugby, soccer and games) which was created as a sports ministry tool for churches to reach the non-churched youth and families in their community. Currently CSRM's Emeritus European Director, Bryan also serves as an active mentor and spiritual director in his home UK church. Mason earned a sports science degree and a master's in education and is the author of three books: Into the Stadium, Beyond the Gold and Maintaining Pace (newly released by Overwhelming Victory Press). Bryan played rugby at a high level and maintains his own pace in terms of being physically fit. More recently he has become a contemplative activist as evidenced by his ascent of Mount Sinai and traverse of the Sinai Desert to the Red Sea! Bryan. 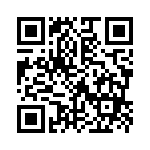