Nobel winner Stiglitz's first book , Globalization and Its Discontents made a huge impact on me when I worked overseas, it definitely motivated the direction I took with my studies. I'll always ... Read full review

Thorough and incisive look at the effects of modern globalization, including sections on debt, multinational corporations, intellectual property, free trade, and the environment. Offers an interesting ... Read full review

Joseph E. Stiglitz is a Nobel Prize-winning economist and the best-selling author of Globalization and Its Discontents Revisited: Anti- Globalization in the Age of Trump, The Price of Inequality, and Freefall. He was chairman of the Council of Economic Advisers under President Clinton, chief economist of the World Bank, named by Time as one of the 100 most influential individuals in the world, and now teaches at Columbia University and is chief economist of the Roosevelt Institute. 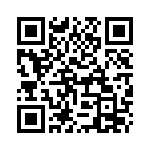