The book is regarded as a classic on the history of financial meltdowns similar to the 2008-09 global economic crisis. The author recounts bubbles and crashes over several centuries. The bottom line ... Read full review

Charles P. Kindleberger was the Ford Professor of Economics at MIT for 33 years. He is a financial historian and prolific writer who has published over 24 books. Manias, Panics, and Crashes is his most popular book. 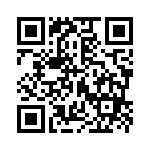