Incredibly insightful - a must-read for anyone in the field, and a highly recommended read for everyone else.

Alex de Waal is Executive Director of the World Peace Foundation and a Research Professor at The Fletcher School, Tuft's University. 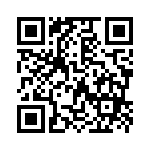