changing the world through graphic design. People will notice if you MAKE THE FONT ALL CAPS AND BOLD AND SO THAT IT COVERS AN ENTIRE PAGE SPREAD Read full review

Great resource for new approaches and ideas developed and being developed out there. It was fascinating. Read full review

Bruce Mau is the President and Creative Director of Bruce Mau Design, which has gained international recognition for innovative multidisciplinary work. He is the author of Life Style, published by Phaidon, and designed and conceived the award-winning book S,M,L,XLwith Rem Koolhaas. The Institute Without Boundaries is a postgraduate, research-orientated design programme headquartered at Bruce Mau Design. 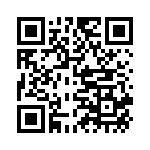