R. L. DiNardo is professor for national security affairs at the U.S. Marine Corps Command and Staff College. He lives in Virginia. 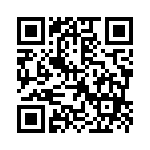