Sabine Lang is an independent scholar who holds a Ph.D. in anthropology from the University of Hamburg. She is the coeditor of Two-Spirit People: Native American Gender Identity, Sexuality, and Spirituality. 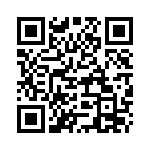