Carlos Monsivįis is the author of Mexican Postcards, Lost Love, Scenes of Frivolity and Shame, Free Entry and The Rituals of Chaos. 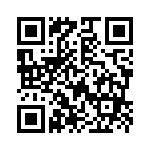