PAUL R. HIGATE is a Lecturer in Social Policy and Defence Fellow at the University of Bristol. 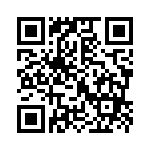