Milk, money, and madness: the culture and politics of breastfeeding

The latest book by pediatrics professor Baumslag and science writer Michels (A Woman's Guide to Yeast Infections, Pocket Bks., 1992) is not intended as a "how-to" manual but rather as an analysis of ... Read full review

Review: Milk, Money, and Madness: The Culture and Politics of Breastfeeding

they need to update this shit regularly. most recent research that is. otherwise. covers a broad variety of topics. if with a somewhat fanatical tone. but hey. i get it. Read full review

NAOMI BAUMSLAG, M.D., M.P.H., is Clinical Professor of Pediatrics at Georgetown University Medical School in Washington, D.C., and president of the Women's International Public Health Network in Bethesda, MD. She has served as an advisor to USAID, UNICEF, WHO, the Georgia Department of Human Resources, PAHO, and the governments of many developing countries as well as the Health Council of the La Leche League International (LLLI) and the World Alliance of Breastfeeding Associations (WABA). The author of more than 100 articles and eight books, Dr. Baumslag lectures widely both nationally and internationally.

DIA L. MICHELS is a science writer whose articles and essays have appeared in newspapers and magazines around the world. Her commitment to breastfeeding has come both from her research and from her experience nursing her own children over the past six years. This is the second book she has written with Dr. Baumslag. A Woman's Guide to Yeast Infections was published in 1992. 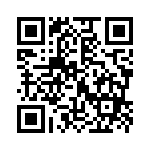