All the stuff dealing with profiling and the crimes was very interesting. Disturbing, obviously, but very interesting. On the other hand, I really didn't care for Douglas as a human being. He's smart ... Read full review

Those cases are either cherry-picked for the accuracy of profiles or this is witchcraft. The cases are fascinating and disturbing but the author sometimes comes across as a bit deranged himself - occupational disease? I guess working with cases like this all your life would affect everyone. Read full review

John Douglas joined the FBI in 1970, starting his career as a sniper in a SWAT team and progressing on to become a hostage negotiator. In 1977 he transferred to the Behavioural Science Unit (BSU), where he taught applied criminal psychology. He created the FBI's Criminal Profiling Program and led this division of special agents through harrowing and groundbreaking cases, including those behind Anthony Hopkins' role as Hannibal Lecter. Douglas lives with his family in the Washington, DC area.

Mark Olshaker, author of four novels and producer of the Emmy-nominated The Mind of a Serial Killer, lives in Washington DC. 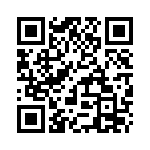