One probably should not review a book in light of what one wants it to be, or expected it to be, rather than what it is. My disappointment in this book is that I had hoped it would throw light on what ... Read full review

Michael J. Cook is professor of intertestamental and early Christian literatures, and holds the Sol and Arlene Bronstein Professorship in Judaeo-Christian Studies at Hebrew Union College-Jewish Institute of Religion. 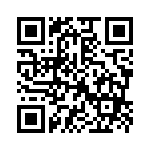