The Cowherds are scholars of Buddhist studies from the United States, Great Britain, Switzerland, Korea, Australia and New Zealand. They are united by a commitment to rigorous philosophical analysis as an approach to understanding Buddhist metaphysics and epistemology, and to the union of philology and philosophy in the service of greater understanding of the Buddhist tradition and its insights. They are: Georges Dreyfus, Bronwyn Finnigan, Jay L. Garfield, Guy Martin Newland, Graham Priest, Mark Siderits, Koji Tanaka, Sonam Thakchoe, Tom Tillemans, and Jan Westerhoff. 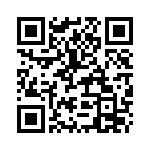