OMG, I remember absolutely loving this one SO MUCH! I'd totally forgotten about it until I just randomly stumbled across it two minutes ago! Read full review

Pamela Allen is a phenomenon in the world of children's books. In twenty-four years she has produced thirty-three picture books, many of which have won prestigious awards and commendations both in Australia and overseas. She is the first illustrator to have won the Children's Book Council of Australia Picture Book of the Year Award two years running, for Who Sank the Boat? (1983) and Bertie and the Bear (1984). Some of Pamela's other awards include the NSW Premier's Literary Award, the AIM Book Award (New Zealand) and the International Board on Books for Young People (IBBY) Honour Diploma for Illustration. 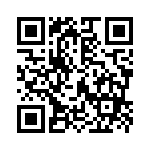