Hm. Cute enough, but as others have said, the individual cats sometimes look a little odd. My biggest complaint, though, is that this widow(?) in a cozy cottage sees no problem in caring for 26 critters. It's fairly like the law and the humane society would beg to differ. Read full review

Mrs. McTats lived very happily with her cat Abner, in a small cozy cottage on the outskirts of her village. Every morning she would go to market, and every day she would prepare their meal. And then ... Read full review

Alyssa Satin Capucilli is the award-winning creator and author of the Katy Duck series and the bestselling Biscuit series, which has sold over twenty-four million copies. A dancer as well as a writer, she lives with her family in Hastings-on-Hudson, New York.

Joan Rankin has illustrated more than twenty-five books for children. She received the South African HAUM Dann Retief Prize for Children’s Book Illustration in 1986 and the Katrina Harris Award for Children’s Book Illustration in 1991. Books she has illustrated include A Frog in the Bog by Karma Wilson and Off to First Grade by Louise Borden. She lives with her husband and three daughters in Johannesburg, South Africa. 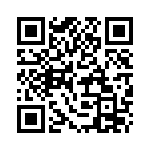