Iannis Xenakis is an avant-garde Greek composer who attempts to apply mathematical constructs to musical composition, such as using the theory of sets, symbolic logic, and probabilistic calculus. He was the founder and director of the Centre d' Etudes Mathematiques et Automatiques Musicales in Paris and at the Center for Mathematical and Automated Music at Indiana University, where he served on the faculty from 1967 to 1972. In this age of technology, his work captivates many other composers and may prove to be one of the formative generators of compositional technique in the late twentieth century. 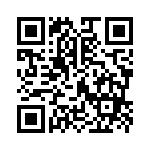