Siobhan Lambert-Hurley is Senior Lecturer in Modern History at Nottingham Trent University. Her research focuses on women, gender and Islam in South Asia with a particular emphasis on education, social and political organizations, the culture of travel, missionaries, and personal narratives. Her other publications include Rhetoric and Reality: Gender and the Colonial Experience in South Asia (co-edited with Avril A. Powell) (2006). 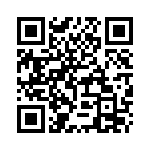