Brian D. McLaren, hailed as one of America's 25 most influential evangelicals by Time magazine, is a speaker, social justice activist, pastor, and the author of A New Kind of Christianity, A Generous Orthodoxy, A New Kind of Christian, and The Secret Message of Jesus. McLaren has appeared on Nightline and Larry King Live, and his work has been covered in The Washington Post, the New York Times, Christianity Today, and many other publications. McLaren and his wife, Grace, live in Florida and have four adult children. 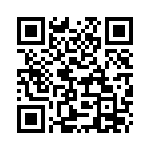