A sociological study of the roots of the Guerrillas of the Peninsula, with a lot of statistics on the Spanish Society of the time. There is not much romance but the author constructed databases ... Read full review

I read this book as part of my interest in the Penninsular war. I have to admit at the end I was touched at all the personal stories related throughout the book as well as a broad, detailed account of the war and the statistics. Through this story I have come to understand the profound effects on the future of Europe and the New World.

Ronald Fraser is the leading oral historian of twentieth-century Spain. He is the author of several books, including In Hiding, In Search of a Past, Blood of Spain and Napoleon's Cursed War. 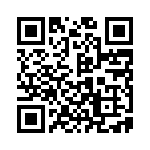