Genevieve Liveley is Senior Lecturer in Classics at the University of Bristol. Her research interests focus on ancient (especially Augustan) narratives and on narrative theories, both ancient and modern. She is the author of two books on Ovid - Ovid's Metamorphoses: A Reader's Guide (Bloomsbury,
2011) and Ovid: Love Songs (Bloomsbury, 2005) - and co-editor with Patricia Salzman-Mitchell of Latin Elegy and Narratology: Fragments of Story (Ohio State University Press, 2008). 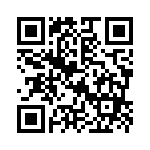